You're browsing our International Store. Switch to the COUNTRY NAME to see pricing and availability.
Do you want to switch stores?
COUNTRY NAME

The science of ethanol

Bioethanol is pure alcohol. The combustion of bioethanol is clean which makes it an efficient and effective source of heat because there is no soot, ash or harmful emissions that need to be extracted through a flue - meaning all the heat stays in your room.

Behind our stylish façade is a sophisticated combustion system that uses the cleanest, most efficient fuel source on the market: bioethanol. Bioethanol is the fuel of the future, today. And its evolution has been remarkable. 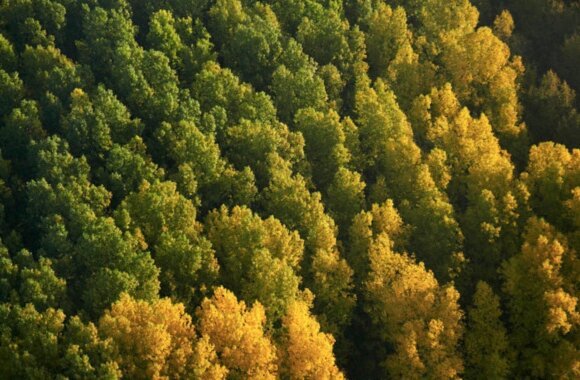 Because the combustion of bioethanol is clean you can lose the chimney and the flue and keep the heat in the room. That's what makes burning bioethanol fuel so efficient and effective. 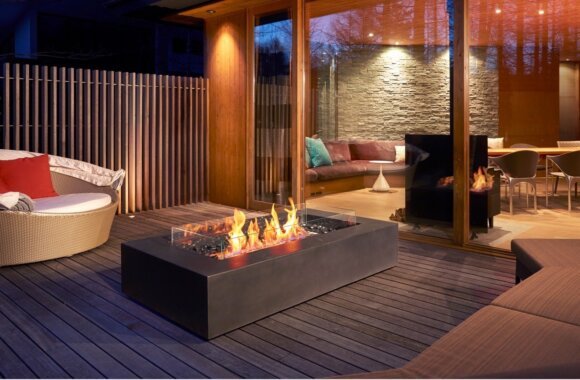 Burning bioethanol fuel creates a beautiful lively dancing orange flame that is simply mesmerizing. And because they don't need a flue or chimney you can now enjoy an open fire more easily than ever before - even in a high rise building. 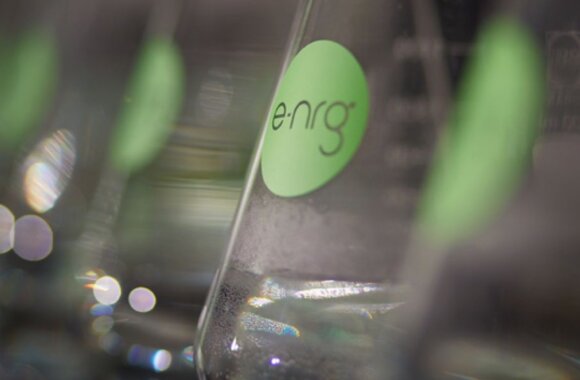 e-NRG bioethanol is the ONLY fuel suitable for use in your EcoSmart Fire. Your local distributor can assist you with sourcing e-NRG and provide you with information on the safe use of bioethanol. Visit e-NRG.com.

There are no messy environmental pollutants like soot, smoke and ash when you choose bioethanol.

How is bioethanol made?

Bioethanol - or simply 'ethanol' is a renewable energy source made by fermenting the sugar and starch components of plant by-products - mainly sugarcane and crops like grain, using yeast. It is also made from corn, potatoes, milk, rice, beetroot and recently grapes, bananas and dates depending on the country's agricultural strength. 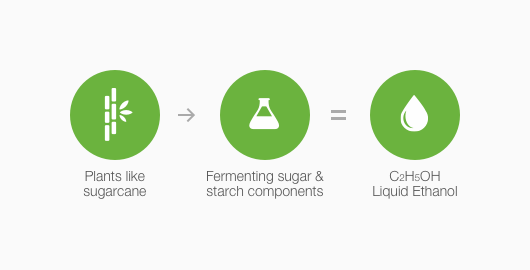 Why is it clean burning?

EcoSmart Fireplaces are fuelled by bioethanol, a renewable liquid fuel produced from agricultural by-products which burns clean - no smoke, no sparks, no fuss. The combustion of bioethanol produces Heat Steam and Carbon Dioxide. 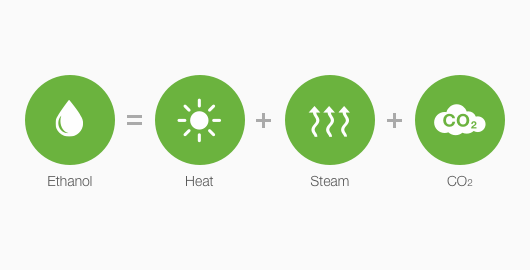 Why is it sustainable?

The combustion of bioethanol results in a clean emission: Heat, Steam and Carbon Dioxide. Carbon dioxide is absorbed by plants. It is then processed via photosynthesis to help the plant grow. This infinite cycle of creation and combustion of energy makes bioethanol a carbon neutral fuel source. 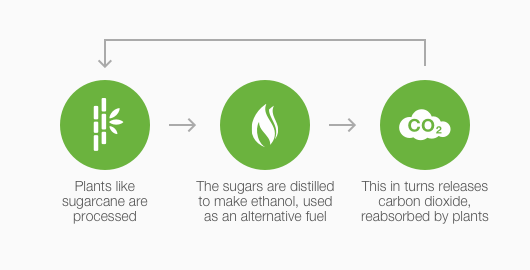 Formulated for use in ventless ethanol fireplaces, e-NRG is the cleanest, most efficient liquid bioethanol fuel on the market and produces the best flame each and every time.

e-NRG is a renewable energy source distilled from plant by-products. 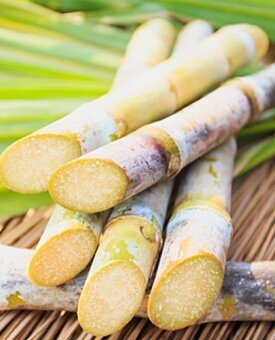 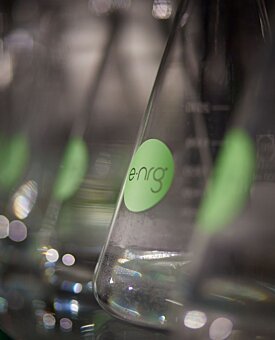 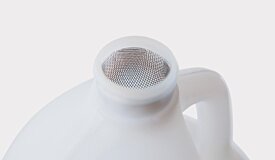 Because e-NRG requires no venting it is an incredibly efficient fuel source. Never lose heat up a chimney or flue again!

e-NRG offers the safest and most efficient fueling process on the market. 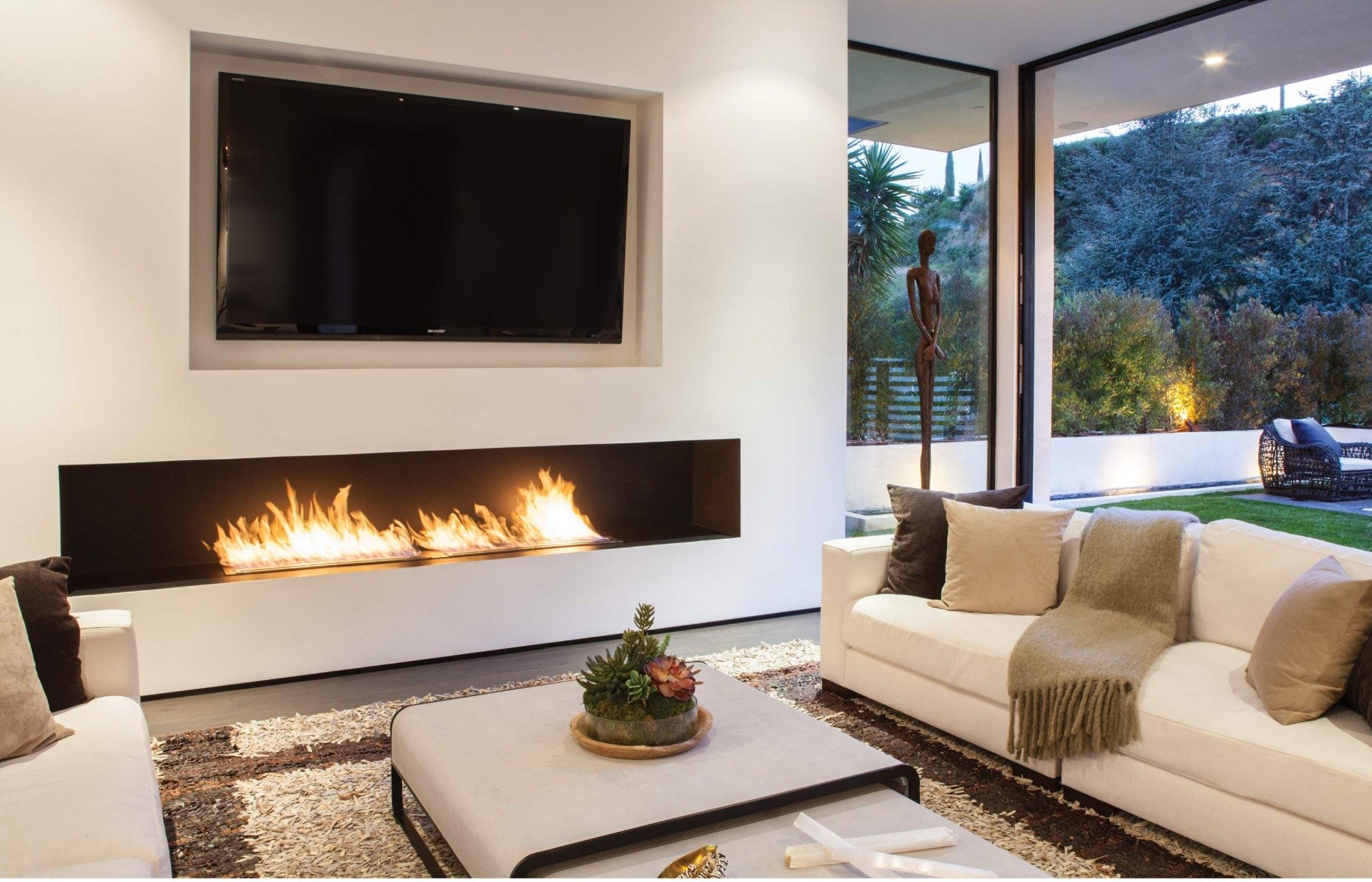 It’s the time of year people give more thought to heating, particularly to the costs and the impact of gas and wood-burning fireplaces on the environment. Which is where ethanol fireplaces come to the fore.

Stephane Thomas, Director of MAD Design Group and creator of EcoSmart Fire, a pioneer of the ethanol fire industry, says ethanol fuel “is a smarter choice for so many reasons”.

“We’ve seen a significant increase in demand for EcoSmart Fires from designers, homeowners and commercial operators – as much as for the design flexibility as for the environmentally-friendly credentials,” says Thomas.

“Ethanol is a liquid alcohol. It’s better for the environment because it’s a sustainable energy source, is clean-burning, and the small amount of odorless CO² it produces – the same CO² that’s in the air we breathe – is reabsorbed by plants. Unlike wood and gas, when ethanol burns it doesn’t produce any smoke, soot, ash or unpleasant odors. That means ventless ethanol fireplaces don’t require a chimney flue or vent (which suck out heated air with the smoke), nor costly connection to gas or electricity.”

e-NRG bioethanol is made sustainably using the fermented starches and sugars from plants, such as corn and sugarcane, which ensures the cleanest fuel and the lowest odor. “We call the process ‘from farm to fireplace’,” says Thomas.

“And as ethanol fireplaces are an eco-friendly heating option, they are the perfect solution for New York city residents, who are banned from installing new wood-burning fireplaces as part of the Mayor’s clean air initiative, a ban that may extend to other states due to the increasing concerns for the environment.”

EcoSmart Fire has a wide variety of clean-lined ethanol fires designed to complement any indoor or outdoor area, whether residential, commercial, or retail.

Creating a spa-like, luxurious environment within a state-of-the-art cancer treatment center was the task New York architect Jeffrey Berman was met with when he was approached by a new client to help create the Farber Center for Radiation Oncology.

The brief was clear: to create a cosy environment in an open, exposed space on the terrace of a Brisbane high-rise apartment.

A simple and elegant black and glass fireplace insert, the zero-clearance Flex Bench models are a clever design tool for creating stunning custom fireplaces for indoor and outdoor, residential and commercial/hospitality premises alike.

Today, more than ever, creating distinctive social settings that are welcoming and feel like 'home' is a vital trend across myriad architectural environments — from commercial to hospitality to residential.

MiCorp is a Sydney building company with a clear objective – to build and provide quality homes and renovations with a personalised service that exceeds expectations. Not a declaration to be made lightly, MiCorp prides itself on listening to clients to together create beautiful architecturally-designed homes, renovations or landscaped gardens.

Melbourne’s design house Chateau Couture has a clear vision – to recreate the timeless classical beauty of European interiors and architecture by integrating all the elements of revered classical European style. Showcasing its services and providing realistic settings is a crucial part of Chateau Couture’s marketing methods – and its elegant showroom plays a key role.

As an award winning architect and builder – and a Certified Green Professional (CGP) – Phil Kean is known for incorporating new and innovative products into his designs. Ever since he discovered EcoSmart Fire, he’s specified the burners and grates into five homes with many more in the pipeline.